While she does not specialize in any one area of Chinese medicine, she sees many patients for pain, anxiety and insomnia. She has been practicing acupuncture for  two decades and performs about 2,000 patient visits annually. Hillary moved to the Treasure Coast from NYC in 2009 and lives with her two teenage boys, three rescue dogs and two rambunctious cats in Stuart. Oh, and plants. Many, many plants.


Appointments are REQUIRED. Walk-ins are not permitted. Masks are required for everyone in communal areas.
My Location
7000 SE Federal Highway Suite #205
Stuart, FL 34997
1.5 miles south of Cove Road opposite Mariner Sands Drive. Located on the West side of US1. 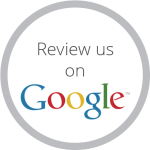